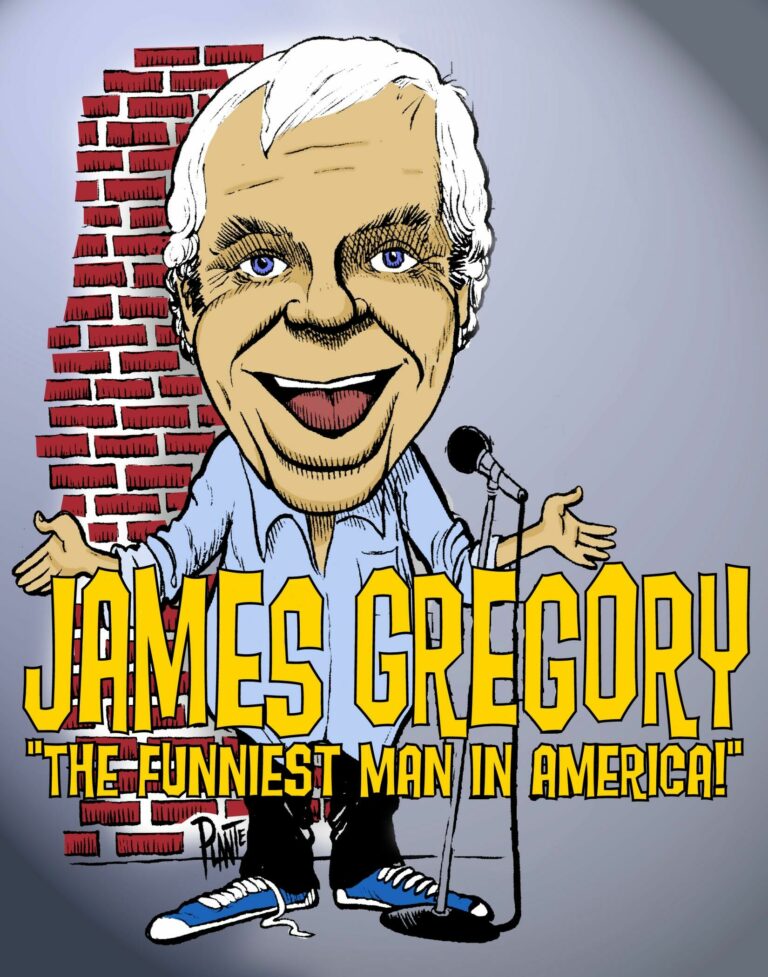 For decades, the unforgettable caricature of veteran comedian James Gregory has stood grinning: his shirt untucked, his arms outstretched, a carefree welcome to a down-home, hilarious comedy experience. It’s storytelling at its best. The trademark caricature is the essence of humorist James Gregory’s comedy: rib-tickling reflections on life from the front porch.

James is constantly touring. He’s on the road about three days a week, forty six weeks a year. He continues to entertain sold-out crowds in theaters and comedy clubs and remains in demand for corporate events. James has been the featured entertainer for hundreds of corporations, including the Coca Cola Company, Kimberly Clark Corporation, Hewlett Packard and Kroger. James has also been the featured speaker for events sponsored by various civic and church groups.

We are so excited to welcome James back to the Dallas Theater for a sell out show!